We are MSW Compliance, the brainchild of MSW Consultants, a twenty-year old California-based consulting firm focused on providing solid waste advisory services exclusively to local governments in the areas of finance, economics, and public policy.

MSW Compliance was created to develop software solutions that make recycling compliance and enforcement easy for California local governments. Our goal is to help California jurisdictions become more sustainable by making it easier for them to ensure that local businesses comply with the State’s mandatory commercial recycling laws.

Minerva® is our cloud-based software platform that enables California jurisdictions to monitor, manage, and report on the recycling activities of their commercial waste generators.

Why the name Minerva?

In ancient folklore, Minerva is the Roman goddess of wisdom and commerce. Her image dominates the Seal of the Great State of California, as she oversees the bounty and beauty of the Golden State. The image of the goddess Minerva combines the wisdom of preserving resources for future generations, with the unique character and beauty of California.

Our Minerva® software makes it easier and more efficient for local governments to help their commercial businesses to become more sustainable, and preserve the beauty and bounty of California. As a result, we felt it was appropriate to name our software in honor of the goddess Minerva, California’s symbol of wisdom and commerce. 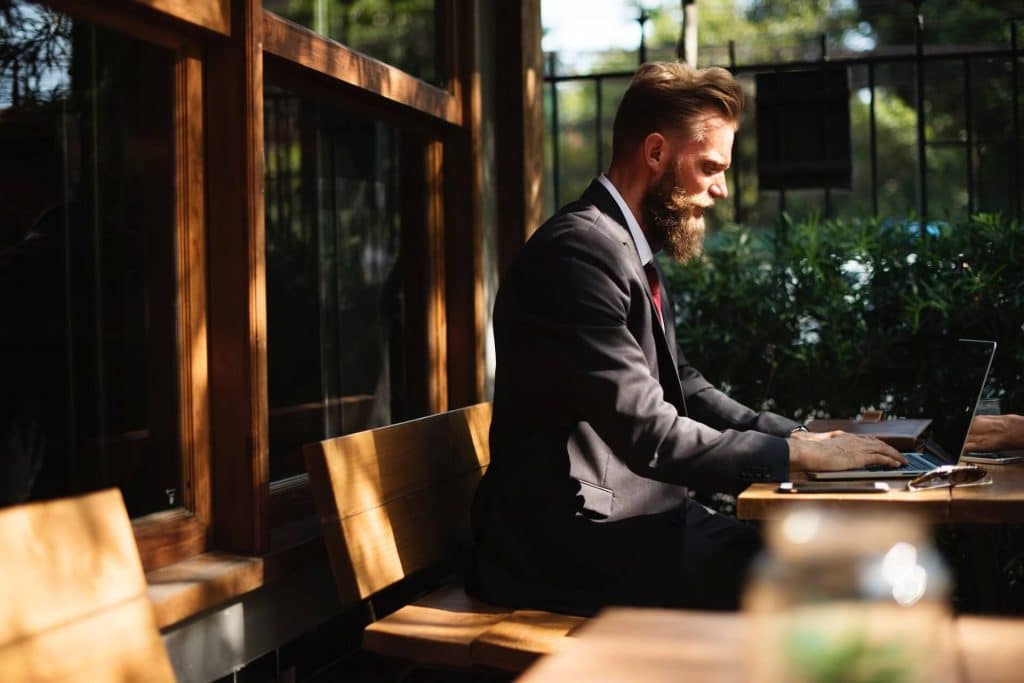 A man's reach should exceed his grasp, Or what's a heaven for?

"My dad was my greatest mentor. One of his favorite sayings was this quote from the 19th century poet, Robert Browning. The idea is that we as individuals should always strive for those things in life that are not easily attainable. I believe this should not only apply to us as individuals, but also to societies. California’s waste diversion goals may now seem to exceed our grasp. However, we should reach for them nonetheless.” 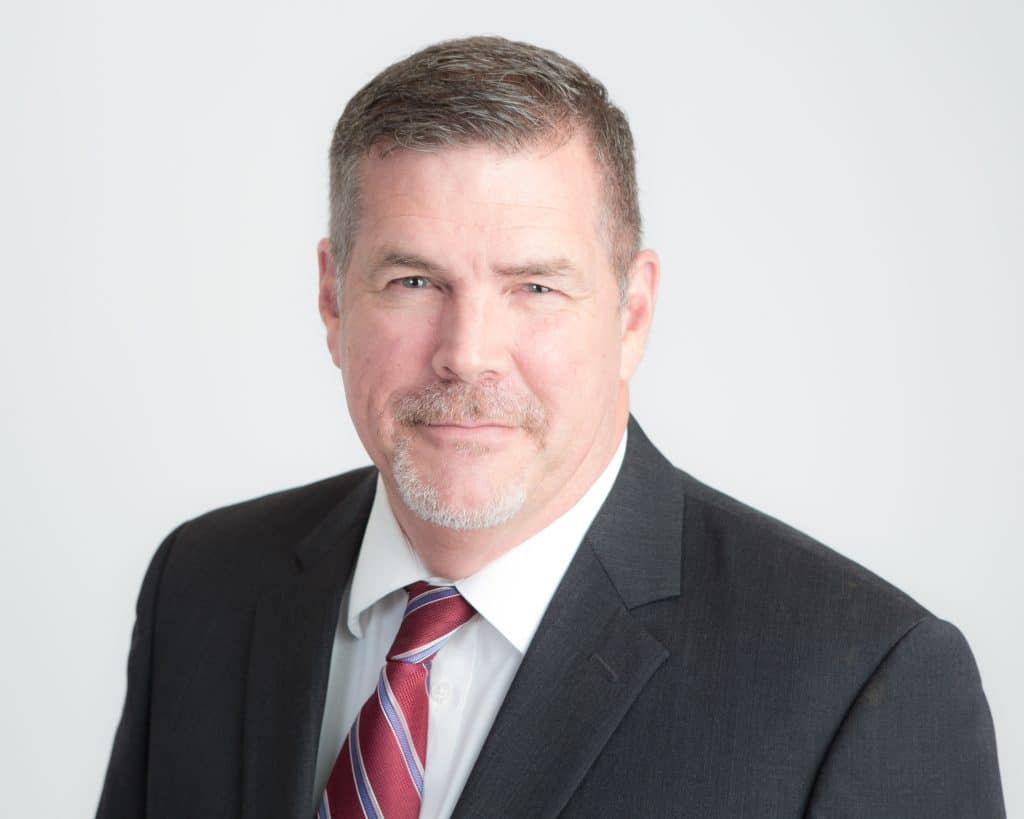 Mr. Davis has extensive experience in working with the service billing systems of private waste haulers, and municipal solid waste service providers. He is the vision behind Minerva®. He is a Certified Management Accountant (CMA), and an expert in solid waste regulatory compliance in California. Mr. Davis has held executive management positions in both local government, and in the private sector. Mr. Davis has served as the chief financial officer for hauling and landfill divisions of a national waste management company, and has provided solid waste consulting service to over 60 local government agencies. Mr. Davis is recognized by the Solid Waste Association of North America (SWANA) and the California Resource Recovery Association (CRRA) as a Certified Practitioner in Zero Waste Principles and Practices. Mr. Davis has presented several papers at solid waste industry conferences, and is an active contributor in the waste industry. Mr. Davis graduated from Cal State Fullerton with a B. A. in Finance. 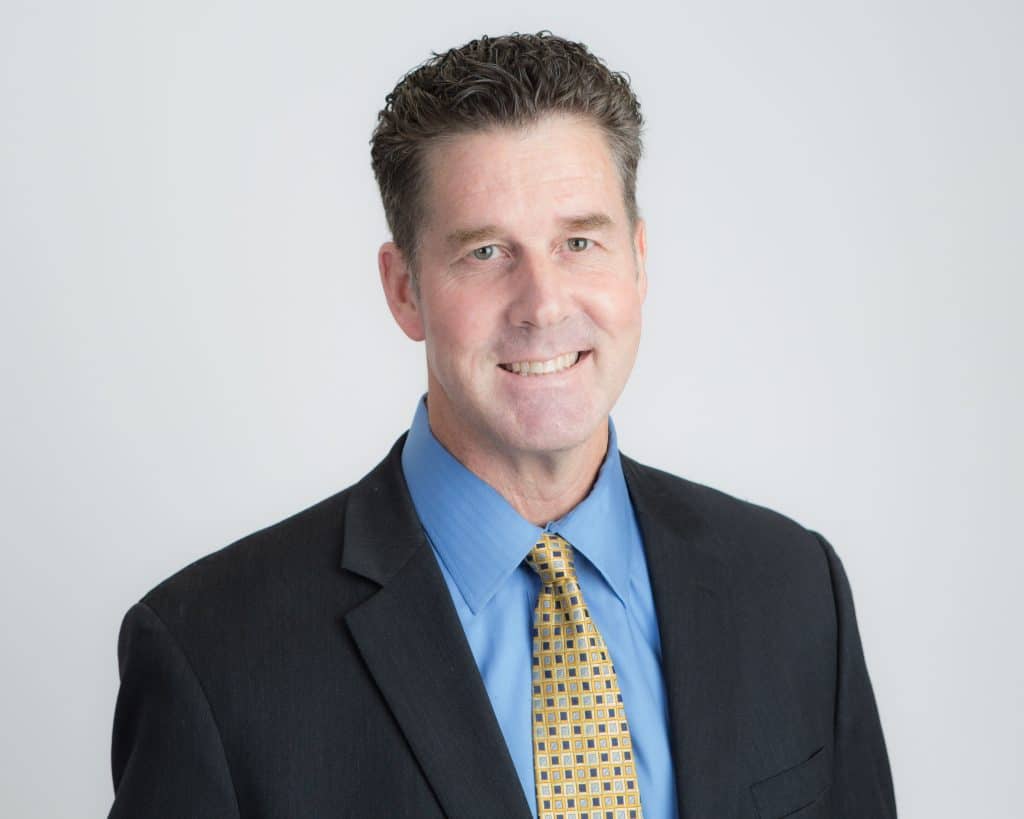 Mr. Stroud is the system designer and chief architect of Minerva®. He is responsible for Minerva® customer satisfaction and product development. Mr. Stroud is a Certified Public Accountant (CPA) with extensive experience in systems analysis and project management. Mr. Stroud has conducted solid waste consulting engagements for the cities of Auburn, Alabama, Copperas Cove, Texas, and Prescott, Arizona. Additionally, he has conducted private waste hauler compliance audits for the California cities of Chula Vista, Glendale, Orange, Placentia, Rancho Palos Verdes, Signal Hill, and Vernon. He has audited the accounting records and billing systems of over 15 private waste haulers. Mr. Stroud is a veteran of the U.S. Air Force. He graduated from California Polytechnical State University, San Luis Obispo with a BS in Business management, with a focus on Accounting. He earned his CPA while employed as an auditor with the national CPA firm Ernest & Young. 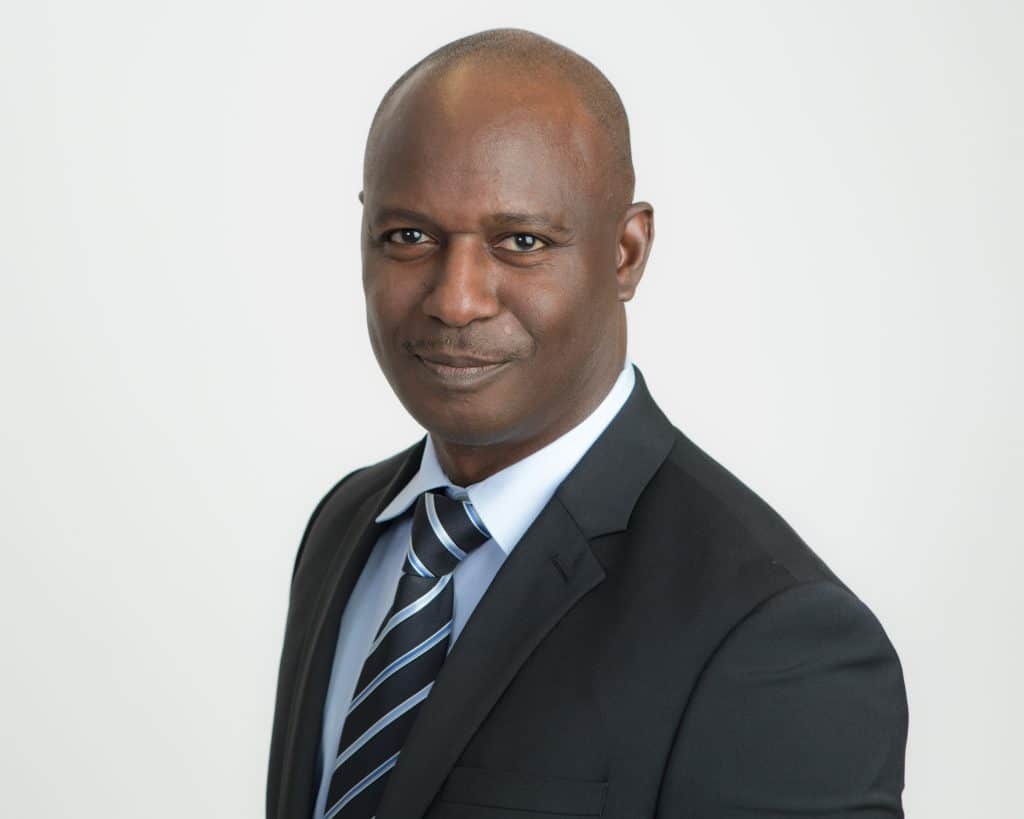 Mr. Mobley has extensive experience at planning and organizing recycling outreach to commercial waste generators. He has been responsible for contacting businesses, personally conducting site visits for key waste generators, training and supervising outreach specialists, and coordinating with staff at private waste haulers. Mr. Mobley has worked on solid waste consulting engagements for the cities of La Palma, Orange, Norco, Rolling Hills, Signal Hill, Vernon, and Whittier, and the County of Santa Barbara. He has audited the accounting records of over 19 waste haulers. He also was responsible for the recycling survey program in the city of Vernon, overseeing the outreach to over 400 commercial waste generators. He managed the recycling outreach to over 200 businesses in the City of Norco. He regularly talks to commercial waste generators about AB 341 and AB 1826. Mr. Mobley is recognized by the Solid Waste Association of North America (SWANA) and the California Resource Recovery Association (CRRA) as a Certified Practitioner in Zero Waste Principles and Practices. Prior to joining MSW Consultants, he served for 20 years in the United States Marine Corps as a combat engineer. He graduated from San Diego State University with a BS in Business Administration with a focus on Finance and a minor in Economics. 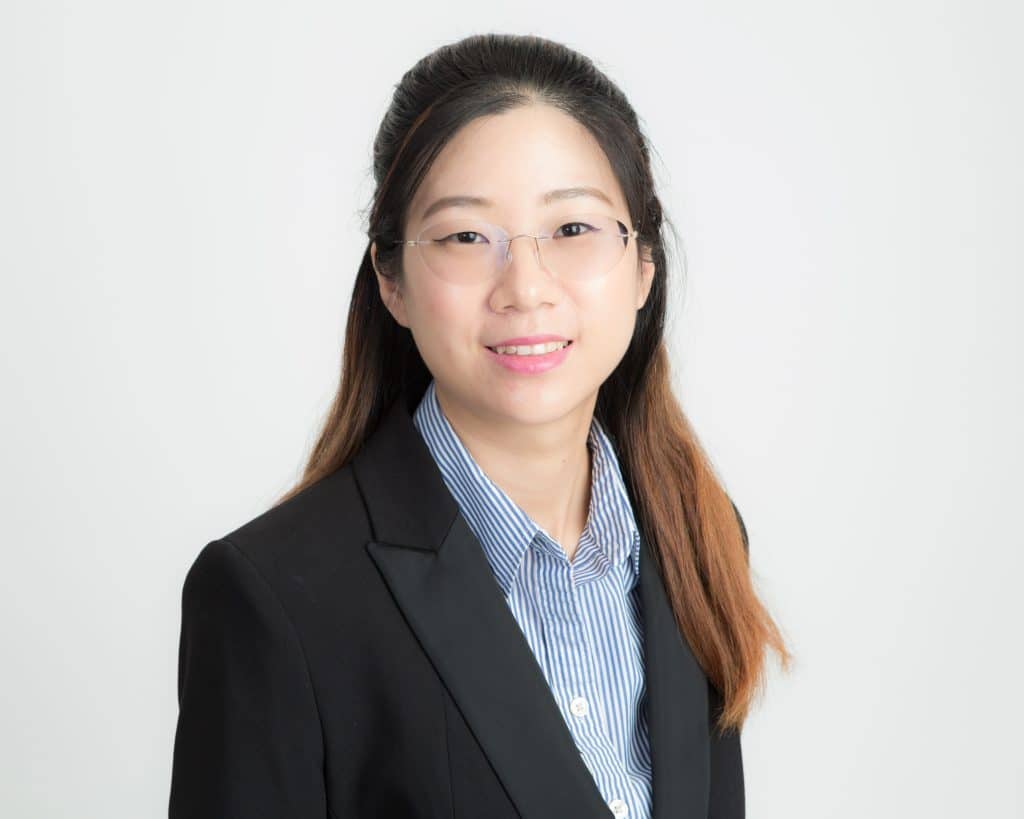 Ms. Newman is a skilled accountant and financial analyst with three years of experience in retail, banking, and local government. She has been responsible for analyzing the budgets of special municipal districts to ensure that they meet their debt service coverage ratios, and comply with their reserve requirements. She has been responsible for budgeting, accounts receivable, accounts payable, monthly close, and management reporting. As an auditor for SCPA in Shanghai, China, she was responsible for various audit tasks including preparing confirmation letters, conducting inventory checks, preparing notes for audit reports, and reconciling audit workbooks with source documents. She is highly skilled in MS Excel. She he has worked on solid waste consulting engagements for Monterey County, and the cities of Chula Vista, Lompoc, Orange, Signal Hill, Vernon, and Whittier. She has also assisted in the preparation of CalRecycle AB 939 Annual Reports (EAR) for the cities of Orange and Vernon. She earned a BA in Business Administration and Management; Finance from Shijiazhuang University of Economics in Hebei, China, an MPAcc in Accounting and Related Services from China University of Geosciences in Wuhan, China, and a MS in Accounting and Taxation from the University of San Diego. 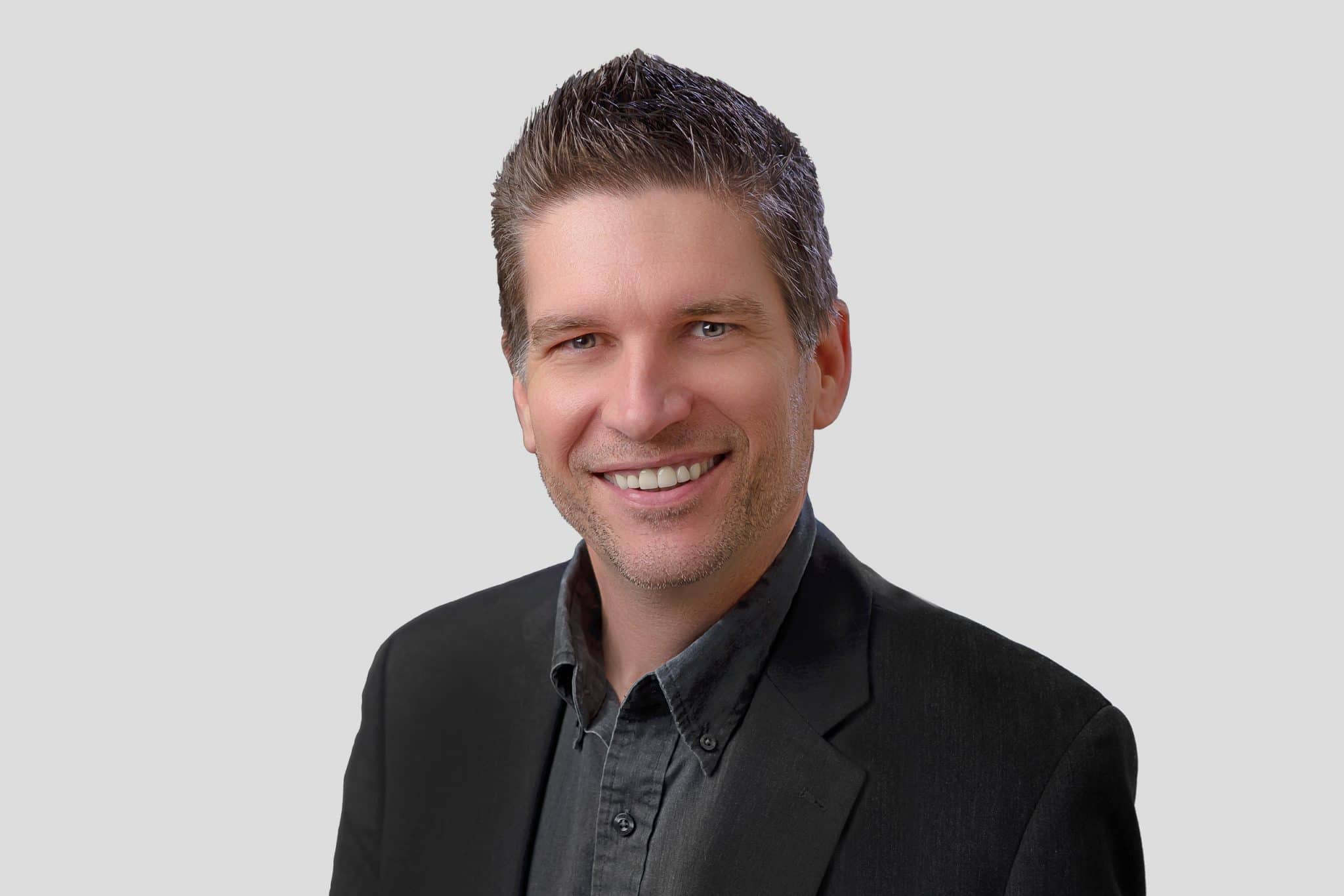 Mr. Scott is the product manager for Minerva® and is responsible for client on-boarding, system design, and product enhancements. He is a programmer and system designer with a long and varied technical background, including over twenty-five years of experience in software development and product management. He has written articles on database topics for various industry trade publications, and has served as a featured speaker at several domestic and international software development conferences. He is the co-author of Delphi Database Development, a reference manual for database developers that covers the use of Borland Database Engine API functions. Mr. Scott is experienced with several programming languages and database platforms. He is an 8-year veteran of the U.S. Air Force and graduated from University of Phoenix with a BS in Business Management.

To arrange for a demonstration, please call us at (951) 973-0023, or enter your information here and we will contact you.


By continuing to use this website, you consent to the use of cookies in accordance with ourCookie PolicyCLOSE

Any cookies that may not be particularly necessary for the website to function and is used specifically to collect user personal data via analytics, ads, other embedded contents are termed as non-necessary cookies. It is mandatory to procure user consent prior to running these cookies on your website.